How to Purify Water with Bleach: Be Cautious About the Mixing Concentration

You cannot deny the importance of water in your daily activities. You need water to do so many things. From washing to cooking, cleaning, and drinking also. It is not just enough to have sufficient water to do all these things. It is equally important to have hour water as clean as possible. This is so in cases when you need it for cooking or drinking.

You do not want to risk your healthiness. Out of the many available cleaning agents, one of the most effective is the household bleach. I will be taking you through how to purify water with bleach.

A colleague of mine once asked me why I feel she should consider using bleach to sanitize water. My reply was straight, and I was able to shed more light on why it is best to use bleach to disinfect water. Imagine a situation where you are; you can leave your home. This might be due to a disaster or anything else. Boiling your water would not be the best option. Using bleach to purify water will come in handy.

Is It Safe To Drink Bleach? This is it! Consuming concentrated bleach is a definite killer. It will be harmless once you mix it with the right proportion of water. Bleach in drinking water is also very safe. This is because it can get rid of pathogens and various germs in an instance.

Does It Matter What Type of Bleach You Use?

You can only sanitize water with bleach when you do it right, and you use just the best type of bleach to disinfect your water. There are two types of bleach.

The reason for this is not far fetched. The chlorine bleach works more effectively in the water. The chlorine contents can disinfect all the harmful substances, once they come in contact. The effectiveness is what you need if you genuinely have your water sanitized. Can You Use Concentrated Bleach?

There are other types of bleach apart from the ones I mentioned earlier. They include:

Note: Try as much as you can, to use the unscented bleach type. They make your water potable and are much safer.

Also, stick strictly to the concentration level I had stated earlier.

How To Purify Water With Bleach? It is an effortless task to purify water with bleach. You do not have to go through certain hassles to do so. Just follow these practical and necessary steps When you wish to purify a large amount of water, there is the need to check now the amount of bleach you use also. You also have to check that the contaminants have reached. There should be a set maximum. For larger batches, consider the following:

Other Uses For Bleach

There are a lot of ways to utilize bleach. Other uses are:

These are only a few of the benefits you can derive from using bleach apart from bleach water purification.

Be careful with the amount of bleach you add to your water. Excess of this bleach content can affect digestion in whoever falls, victim. And if it is not enough, you will still have your water contaminated, which will also affect your health. This means that you have to seek to reach an equal measure. It is also advisable for you to filter your water before you add bleach content to purify it further. This way, you will get rid of harmful substances, debris, and the likes.

Ensure the bleach you use has not stayed for over four months. In a case where it has remained for a more extended period, you have to get rid of it. At that point, it is a contaminant itself.

When storing your bottle of bleach, ensure you keep it in the perfect condition. Store it at room temperature. And an empty bottle of bleach must not spend more than a year.

Ensure you have tried bleach water purification before you find yourself in a moment of distress. That will help you avoid mistakes. As well as save you needless worries.

When you are using bleach to disinfect water, ensure you open the cap of the bottle your water is in. Then apply the bleach between the threads. If you fail to do this, the pathogens and germs beneath the threads can go on to contaminate your water all over again.

Bleach is the title given to a set of compounds, which can be used industrially and domestically to whiten clothes, lighten hair color and eliminate stains.

Many bleaches have broad-spectrum bactericidal properties, which makes them suitable for disinfecting and sterilizing and therefore are used in swimming pool sanitation to control bacteria, viruses, and algae and in several areas where climatic states are needed.

They’re also utilized in several industrial processes, especially from the bleaching of wood pulp. Bleach can also be used for removing mold, killing insecticides, and increasing the longevity of cut flowers.

The whitening procedure has been understood for millennia, but the compounds used for whitening caused by the work of numerous 18th-century scientists.

Chlorine is the foundation for chlorine bleach: for instance, the solution of sodium hypochlorite, which will be so omnipresent that many calls it “bleach,” and calcium hypochlorite, the active chemical in “bleaching powder.”

Oxidizing bleaching agents who don’t contain chlorine are often based on peroxides like hydrogen peroxide, sodium percarbonate, and sodium perborate.

Keep the water for at least for an hour and add some bleach before you like to drink it. If water has pH higher than 8 and colder than 10 degree C, let the water stand for at least 2 hours or more before drinking. Add household bleach for such amounts may produce water along with approx two parts per million of chlorine (0.0002%)

When was sodium hypochlorite invented?

Sodium hypochlorite has a long history. In the year 1785, a Frenchman Berthollet used it for making a liquid of bleaching. The javelin company used it and called it ‘liqueur de javelin.’ In the beginning, it was used for bleach cotton.

It got much popularity very quickly for its specific characteristics. It has the power to remove a stain from clothes at room temperature. In France, it is still popular as ‘eau de Jave’l.

What is water disinfection?

Water disinfection refers to remove, kill or deactivate microorganisms. The disinfection will destroy or deactivate the germ and resist the growth or the reproduction of germs. If people drink this kind of polluted water, they will be sick. A process related to disinfection is called sterilization. During sterilization process, all microorganisms are killed well whether it is harmful or harmless.

Why should I disinfect my drinking water?

If you like to drink water, you need to remove viruses, parasites, and bacteria from water. Germs are mixed with water and can cause many serious diseases. These are called water-borne infections.

Water-borne diseases happen when animals or human being feces absorbing these germs mixed into the drinking water. The water of streams and lakes become more infected than the water from deep in the ground. The surface water is more infected with germs.

Can I apply bleach to disinfect water?

Yes, you can. When you have not an alternate way to boil water, you can use beach into the water to make it fresh or pure. You should use unscented bleach. Never use the scented bleach, bleaches with added cleaners, color safe bleaches, and nonchlorine bleach. Bleach will kill the germ into the water. But there are some germs which will remain in the water. Treated water means the water is disinfected with the bleach. Bleach has no effect on water if it contains chemicals or highly polluted.

You can boil water to remove parasites like Cryptosporidium and Giardia. If you are sure that water is not properly treated with bleach, please do not drink it.

Mix the bleach and water together. Cover water well and then waits for at least thirty minutes before use it as drinking. Still, you will get the chlorine smell after the scheduled time. It remains, again add two drops. Wait again for 15 minutes.

If you see water is cloudy, or take water from the lake or stream or shallow well, you may add four drops of odorless household bleach for one liter of water.

Video on How To Purify Water With Bleach

How to Purify Water With Bleach FAQs

What equipment do I need to purify my water with bleach?

You will need disinfectants like water and bleach, measuring items, equipment for cleaning as well as protective items.

Should I use cold or hot water for dilution?

You should use cold water to dilute. Hot water will only affect the bleach content. Hot water would make the necessary ingredients decompose, which is not suitable for your water.

Will the process of purifying my water with bleach, lead to heat?

It is most advisable for you to allow ventilation when you want to start the process.

Is it necessary to make use of safety materials?

Safety materials like gears, gloves, and what have you are very important when you are ready to make use of bleach to purify water.

Is it important to measure the bleaching item?

This is very important. That is why you are advised to make use of measuring cups or spoons.

Note that, the process of using bleach to disinfect water is not just a rash process. It is not one you can rush through. You have to be well rounded before you do it. This is as a single step can mar it all and lead you back to where you started from (continued water).

Most times, getting things wrong can even worsen the situation that had led to you wanting to disinfect your water. 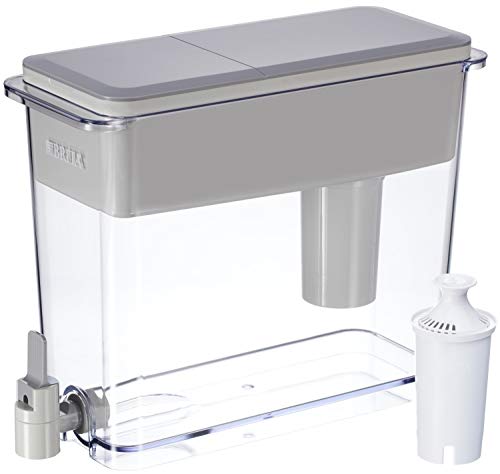 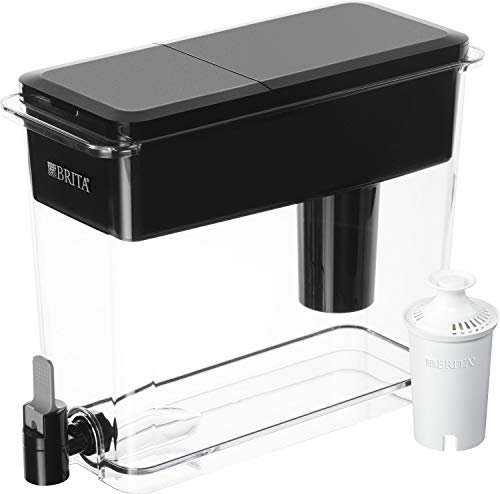 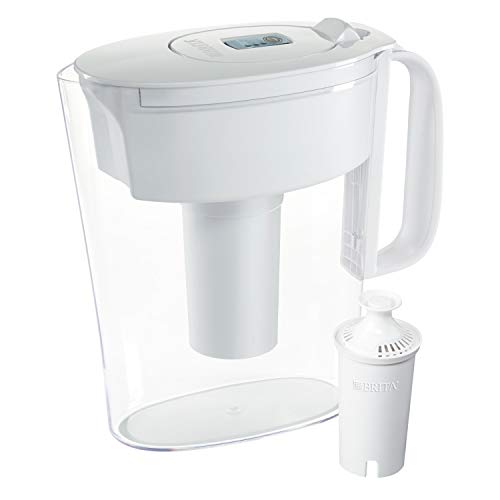 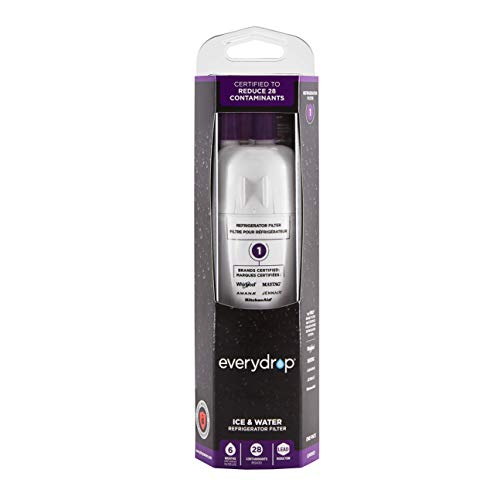 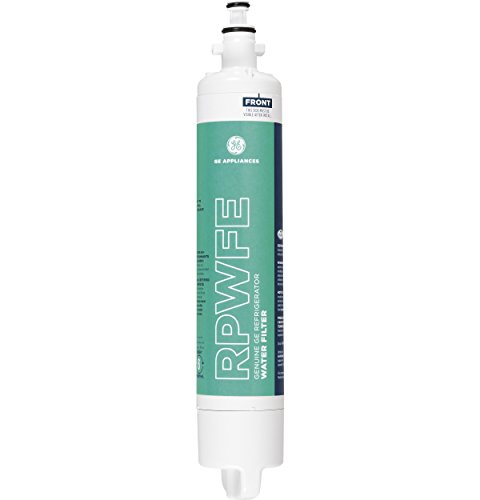